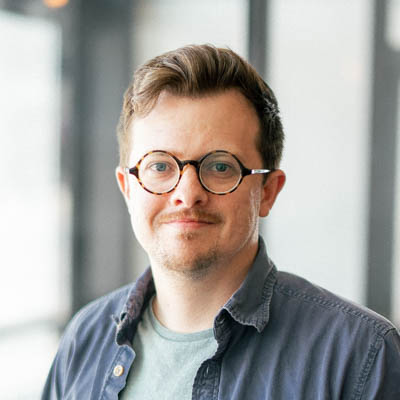 Ben is a Senior UX Designer. He has a passion for translating lofty ideas into useful designs. Illustration and typography are his expertise, but he dabbles in all forms of visual creativity. At Visual Logic, Ben focuses on collaborating with his co-workers and clients to enhance user experiences and create beautiful interfaces.

Ben has a Graphic Design degree from the University of Northern Iowa. He has won several Addy Awards, and has a wide range of design experience—from logos and branding to websites, emails, and software.

Beyond the office, Ben writes music and spends time with friends and family. He and his wife Madison love to travel to new places, but they’re also content just sitting at home, watching the Food Network. They have a fluffy little puppy named Mango, who thinks she’s a human.